Iron composite horse boat GERMANY was built 11/1904 at Saltley. It was registered at Birmingham in 1904, gauged by BCN in the same year and then gauged by Grand Junction in 1910.

1914 - renamed ENGLAND and re-registered at Birmingham.

1938 - converted to a motor by Yarwoods but fitted out at Saltley with Bolinder 9hp engine, re-registered at Birmingham and re-gauged by BCN.

1952 - sold to Thomas Clayton (Oldbury) Ltd 1/1952 but probably never used by them. Assumption that Clayton’s must have returned the boat to D&IWE, as it was later in the BW maintenance fleet with the bow cut off and a flat front substituted.

1986 - restored and converted for residential use.  The front section was cut off at about the mast and a section of a Yarwoods-built ex-LMS boat which was found at the yard of Peter Keay & Son was fitted in its place.  The LMS section, being from an all-steel boat, was converted to composite construction at the same time.  The identity of the LMS boat used is not known for certain but is likely to be DORA, which BWB had disposed of at Coventry in 1979.  The discarded section was later joined to part of a BCN day boat by Union Canal Carriers of Braunston and known informally as “THE TANK”.

c2010 - cabin conversion was removed and the boat restored to carrying condition.

For photo details, please click i top left of the photos 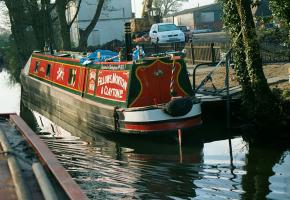 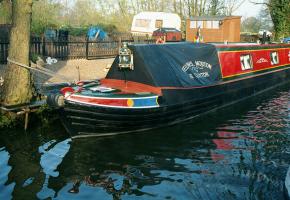 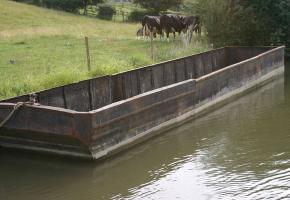 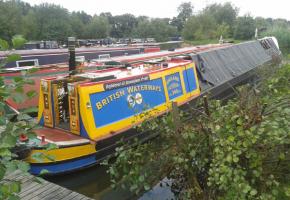 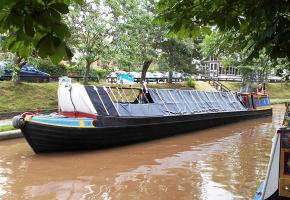 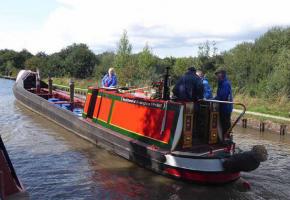 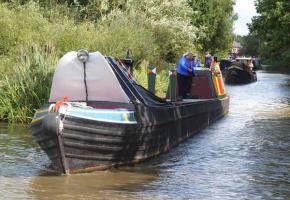