Willow was built by Charles Hill of Bristol in 1935, one of eight new motors ordered by Severn and Canal Carrying Company at a cost of £700 each. It was registered at Gloucester (no.533) on 18th February 1935.

These eight boats were composite of wrought iron (from Hingley's at Netherton) with elm bottom boards. The hull was welded rather than riveted together, and was one of the first to have this revolutionary construction. They were built to carry the maximum load possible, specified at the full 72' long (Willow was gauged for the BCN at 71'8"), and the welded construction, very bluff fore-end and short double curved swim allowed a capacity of 33 tons on a 3'9" draft. The design was not pleasing to all, as Rolt called them "ugly and clumsy".

A number of additional features distinguished Willow and the other "tree class" motors; the 9hp S-type Petter Semi diesel was located in an engine room at the back of the cabin, with the accommodation between engine and hold. This was very unpopular, for the steerer was subject to all the noise and exhaust smoke, and could not tend the range or cook whilst travelling. There was also a roof hatch in the cabin for entry if the door to the hold was inaccessible when loaded. Other features included water ballast tanks under the cabin floor (Willow still retains traces of the in-built tank) along with very pointed sterns. Bell-mouthed ventilators, engine exhaust funnel and portholes were also very much like those fitted to the seagoing ships that were Charles Hill's normal output. In addition, the tee-stud on the fore-end was sideways and the counter was fitted with two small tee-studs rather than dollies; this was to prevent ropes from high tidal dockside walls such as at Gloucester Docks slipping off. The engines were problematic; although apparently never intended to tow a butty, the 9hp engine was inadequate for a single motor on the fast-flowing Severn (earlier wooden S&CCCo motors had 15hp and 20hp Bolinders) with, for example, Willow once being swept downriver and becoming stuck on Maisemore weir. Often the motors would have to be towed by a Company tug along with the horseboats, negating any improvements in efficiency.

Willow had a very short working life with S&CCCo, being worked by Walter James Tonks and others. Major contracts included carrying chocolate crumb for Cadbury's to Bourneville - this contract and Cadbury's presence as a director on the board of S&CCCo secured the construction of the "tree class" boats - along with (reputedly) Typhoo Tea, England's Glory matches, and other cargoes such as timber, wheat, canned goods and metals from the Bristol Channel ports to Birmingham. In 1943 it was part of a short-lived "Idle Women" scheme working FMC trade on the Northern canals as a double motor pair with Ash. In 1949 it was sold to the DIWE who continued to use it for carrying for a while before being used as maintenance craft. Willow (along with Ash) had a crane fitted in the hold and eventually ended up languishing at Hayhurst Yard in Northwich, before being bought by Malcolm Braine in the late 1970s.

It was advertised for sale, and was sold into private ownership in 1979, despite it being sunk at the time! It was rebottomed in steel in 1980, replacing the elm, and a wooden framed full length cabin added for the owner, who lived aboard since then, with the cabin being recently skinned in steel. It was rebottomed and refooted in steel in 2010 at Langley Mill.

2013 - being fitted out, read its owners' blog and see more photos here. 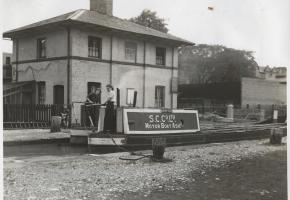 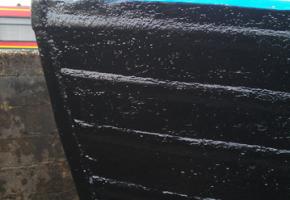 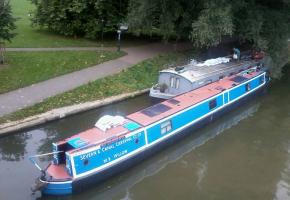