Marple Aqueduct consultation on the proposed installation of off-side fencing

This is the text of the Club's submission on 23 January 2015 to CRT's consultation:

"Health and Safety is important - it protects the public from carelessness and corner-cutting by those in charge of potentially dangerous structures.  However, even the most stringent measures will not stop those who wilfully put themselves at risk.
Marple Aqueduct is an example of a structure that is perfectly safe provided people stick to the towpath or stay on their boat.  It is impossible to fall off this aqueduct from a boat, even if a boater were to trip or stumble as the off-side is quite wide. Only by deliberately stepping onto the off-side parapet can anyone be placed in danger and the extent of a potential fall can clearly be seen.  Indeed this danger will be even more obvious after the invading tree growth is removed.  A parapet or fencing on an aqueduct is clearly essential along the towpath side and they were all built with such, but the only reason for a fence on the off-side is to save the grossly irresponsible from themselves.
The United States is the most litigious nation in the world yet even around the Grand Canyon only the designated viewing points are fenced.  Elsewhere numerous sheer drops are unfenced and the public are warned: “you are responsible for your own safety”.  This principle is one we are in danger of forgetting in the UK.
Marple Aqueduct is a grade 2 listed structure and should be retained in its original condition.  Extra fences should not be added except where ordinary members of the public would be at risk eg barriers at either end of the off-side to prevent people wandering onto the off-side.  Clear notices need to be displayed at the ends of the aqueduct, in cruising guides and on the literature provided on hire boats warning people of the potential dangers (as is done with tunnels).
If it is decided to fence the off-side at Marple, where does this stop?  Do all aqueducts have to be fenced?  What about Pontcysyllte – this is potentially far more dangerous than Marple as the off-side edge is merely inches wide.  Are we to see this world heritage structure defaced with fencing?
CRT’s responsibility is to protect the public from accidents which occur through no, or little, fault of the individual, not to eliminate risk caused by the stupid on themselves – they are responsible for their own safety."

We are closely monitoring dimensions as BW had developed a worrying habit of reducing the dimension of a waterway as a means of avoiding dealing with some maintenance issues.  This has led to some waterways becoming a ‘no-go’ area for historic boats.  In particular we are campaigning for remedial work on Hurleston bottom lock to allow us all to gain access to the Welsh canals.

We are also in discussions with CRT over dredging.  CRT has now made a commitment to increasing the amount of dredging throughout the system and we are already seeing progress on this issue.

A Register of historic craft

We are working with CRT and National Historic Ships UK to compile a clear definitiion of what constitutes an historic vessel.  This will enable a definitive register of historic craft to be maintained that will be recognised by NHS, CRT, the Boat Museum and HNBC.

CRT is no longer able to maintain many of these and has disposed of some of them.  The Club has given advice to CRT to help maximise the chances that these boats retain their historic value after they pass into new ownership.

We have developed an understanding with CRT in recent years that the Club’s advice will be sought whenever a boat, which might have historic importance, is recommended for Section 8.  We were delighted that The Lucy was rescued by Club member Peter Boyce. 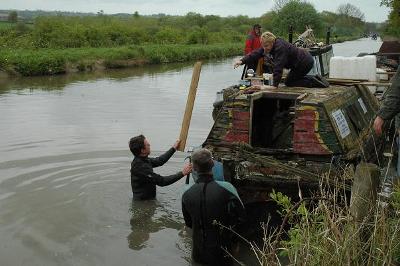 Over the past fifty years the club has been very active in campaigning on heritage matters of interest to Club members.  Many of these campaigns have been about issues relevant to historic boats but we have also campaigned on other matters in partnership with other waterways organisations. Amongst these have been: 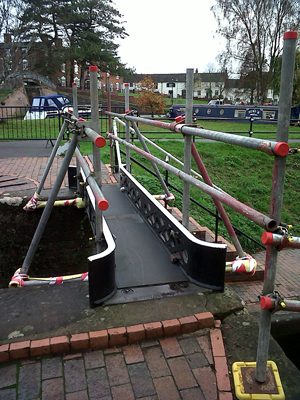